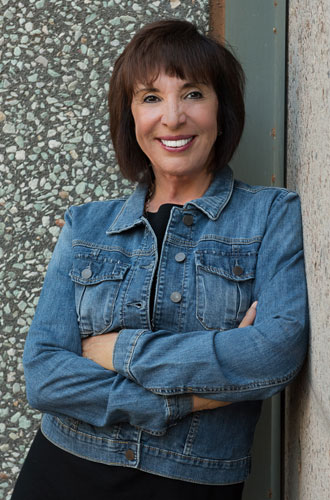 Born from an ancient riverbed that blessed the grounds with naturally-rich soil, The Farm’s vision of sustainability was originally conceived by Dwight Heard (benefactor of the Heard Museum) in the early 1920’s. He acquired a large parcel of land and then subdivided the property into two-acre parcels that he sold for the whopping sum of $1,150 each with the distinct purpose of promoting self-sufficiency. Heard offered a cow and fifty chickens with each purchase.

In keeping with the early philosophy, the 10 acres just south of Southern and 32nd Street was planted with 100 pecan trees, and for over 40 years was nurtured by a retired cattleman by the name of Skeeter Coverdale. Ultimately Skeeter determined it was too much work to care for the trees and harvest the 5,000 pounds of nuts each year. He wanted to move to Punkin Center where he could buy a trailer, “drink beer, swat flies, and tell lies” — so he did!

That was the beginning of the Farm as we know it today. Wayne Smith, The Farm visionary purchased the property and began to develop a gentler lifestyle that included a charming mix of gardens, artist studios, and markets.

The Farm’s current owner, Pat Christofolo, has been in the local culinary scene for more than 30 years. With her expertise and passion in the sustainable culinary industry, she helped to develop the three current restaurants and two event venues on the property.

In 2012, Pat purchased The Farm and has continued to oversee it’s transformation into the modern farm and agritourism destination that it is today. The Farm at South Mountain is an international destination that hosts more than 200 events and 100,000 visitors a year. An Arizona forerunner in the farm-to-table movement, Pat is the owner and CEO of the Seasonally Fresh Culinary Family businesses: The Farm at South Mountain, The Farm Kitchen, Botanica Modern Market, Soil & Seed Garden, Artisan by Santa Barbara Catering, and Palette at Phoenix Art Museum. She is also co-owner of Morning Glory Café and Quiessence at The Farm with her son, Chef Dustin Christofolo who, in addition to being an amazing chef, oversees Soil & Seed.

The Farm at South Mountain continues to be a destination for self-sustainability, locally created arts, and a truly farm-to-table experience.

Learn more about the inception of The Farm at South Mountain from its visionary Wayne Smith.